Coworking is shaking up the office environment. Interview with Šimon Opekar.

Do you have an important decision before you about the design of your new office? Or would you like to follow the modern trends and improve the work environment of your employees?

Šimona Opekara has several tips for you – he is not just a sales manager, but along with Milan Začal is also founder of the international conference TechoCon, which TECHO organises and is devoted to modern trends in the office environment.

In an interview for #morethanoffice Šimon shared his views not just of coworking, which is currently a major theme in the office market, but also on general issues that we face at the current time in offices. 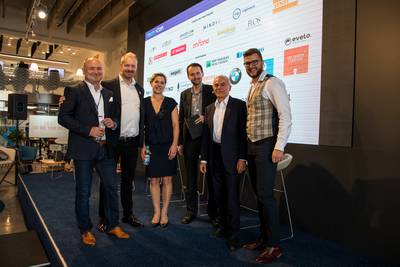 Šimon Opekar (on the right) is, together with Milan Začal, a founder of the international conference TechoCon.

The main theme of the recent TechoCon was coworking. Why was that?

We are aware that with the passage of time this trend is gaining momentum not just in the office environment, but across the market. It is an excellent business model, but it is also a trend that is increasingly being implemented by multinational companies. By the end of 2018 it is estimated that globally there would be 19,000 coworking centres, with 70 in the Czech Republic, 40 of which in Prague.

What attracts you to this concept?

The community that it creates. The term itself refers to cooperative working. People using coworking spaces can share together not just an office, but also ideas and perhaps develop their business further.

When seen from the outside it can seem that coworking attracts just a narrow range of people: creatives, freelancers, start-ups. Will it become a mainstream trend in the future?

At the start coworking space proved most suitable for start-ups and freelancers. This trend has to a large degree continued, but the coworking concept is now frequently being implemented by multinational companies. I see three main reasons for this: community, service and flexibility. It is flexibility that is now more important than ever, which reflects the modern age with all its innovations and new technologies.

Has Techo furnished any coworking centres in the Czech Republic?

We worked with, for example, WorkLounge, which has two centres in Prague and one in Florida. It was one of the first coworking centres over here. 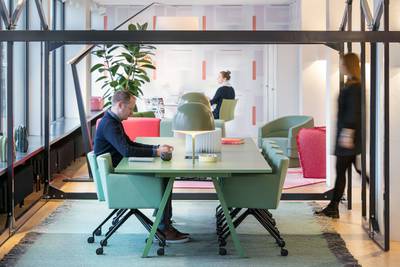 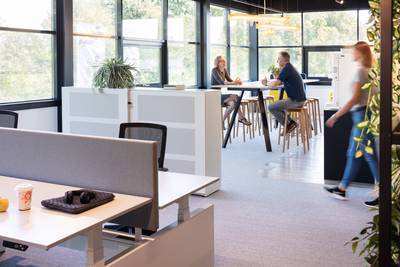 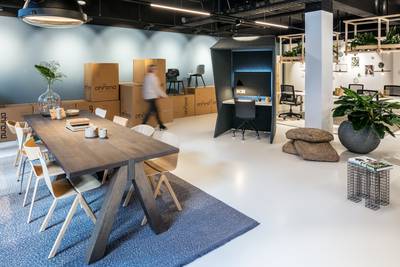 What are the most common or most serious mistakes that firms make when setting up a new office?

It is very important when creating an office environment to bear in mind that the space is being created for employees. The space should be tailored to ensure that it provides a good work environment for users. The second point that I would raise is acoustics. It is an aspect that is often neglected when designing an office interior, but it turns out to be a very important element for the overall quality of the office interior.

Should people themselves contribute to the design of their new offices?

It is never good to have too many people involved in the design. For us, and other office interior companies, it is ideal to deal with a few representatives of the company who can speak on behalf of the rest of the company. The people who have a significant influence on the furnishing of an office are today architects.

of office workers are interrupted up to 20 times a day.

University of California at Berkeley study

of employee time is spent trying to do quiet, focused work in one’s own workspace.

In the past an iconic feature of the most modern offices was considered the slide in the interior of the Google office. Is there something similar now?

I must admit that we haven’t fitted a slide for a long time. Most recently perhaps in our own showroom.

And is it ever used?

We strive to tailor the given space to employees in a way that they experience fun and feel comfortable there. We could say, a place where you feel at home.

Returning to new features, what has now replaced the slides?

Today the boundaries have been pushed back so far that we are installing climbing walls and gyms in offices, and even saunas. 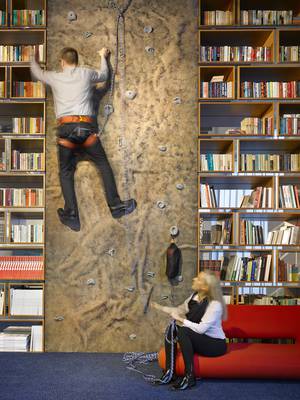 The motto of your conference TechoCon is the “Workplace of the Future”. What then will the office of the future look like?

We cannot stop technological innovation – it would be a mistake. It is necessary to utilise these opportunities as much as possible. We can monitor various elements of digital buildings – sensors, reservation systems for conference rooms, mobile applications, software for analysis of energy consumption, air quality etc. Over time we will see much less cabling in offices as more and more equipment will operate wirelessly.

When you compare your vision of the office in 2023 with the 2018 version, what will be the biggest change?

A significant impact will be made by virtual reality in the form of touch and touch-less partitions, a wide range of screens and special monitors.