Recently we successfully handed over the new Prague offices of PRE distribuce, a.s., which is part of the PRE energy group, the third largest supplier of electricity in the Czech Republic. 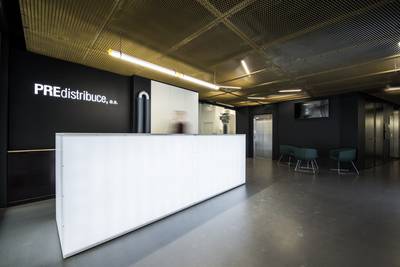 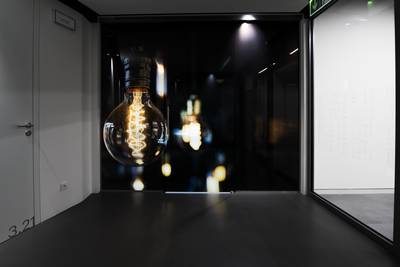 In order to ensure a comfortable environment for employees and a space that can be used flexibly during the working day, we selected Alfa Up height-adjustable desks with metal pedestals and ergonomic chairs Freedom Headrest, which automatically adjust to the user and enable free movement and changes of posture.

Relax zones were furnished with various types of soft seating, for example the Hedrix and Ahrend Hesta chairs. 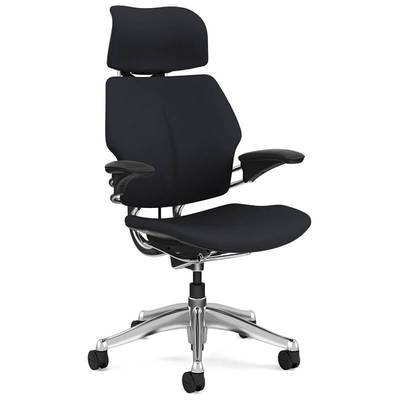 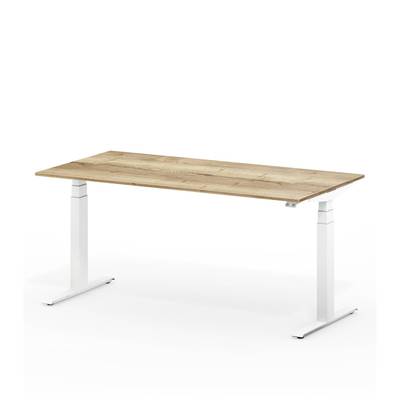 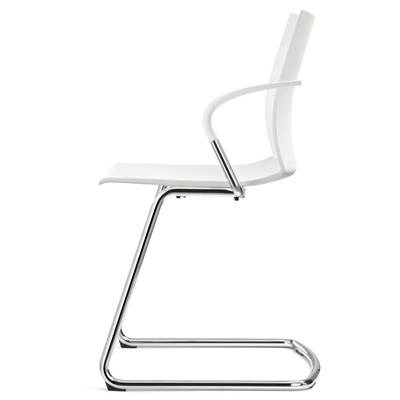 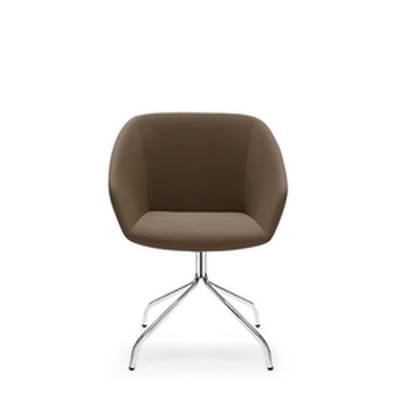 Corner buildings have since time immemorial functioned as one of the significant elements in the creation of the urban environment, along with public spaces, streets, squares and parks. They often occupy the boundary between different worlds. They mark a place for gatherings or navigation points. In contrast to other buildings, they were in demand due to their exposure and openness to the surrounding world.

Such a building is the recently renovated office building on the corner of Ke Karlovu and Kateřinská. The building was constructed in the 1960s and from the start it served for administration in the energy sector. It was part of a larger set of buildings.

When designing the new appearance we strived to return a dignity to the building and the importance of a corner building. The building has been emphasised, but at the same time it hasn’t been separated visually from the set of buildings of which it is architecturally a natural part. Our task was to simplify the architecture and find a new distinct form.

This led us to the use of a double-skin façade. Its metal panels are a new striking architectural feature that protects the building from the sun and also lends it an industrial character. By using a double-skin façade we supressed the inherent formality of the building created by its regularly-spaced windows. Everything that is played out on the original façade is covered by these panels.

In addition to the traditional structures of an office landscape, the building interior also houses a rich interior world of spaces with differing architectural concepts.

The interior of the building flows on from the industrial character of the exterior. The minimalist design is based on the use of contrasting materials. We played a game here with textures and structures with smooth surfaces. A contrasting colour pallet was worked into the concept – black and white complemented with muted colour tones. The materials and features that we used here are found primarily in industrial buildings where they are often applied seemingly without a requirement for perfection and evenness, but primarily with a requirement for durability and resilience. The wiring is also on display, led through cable channels along the surface. 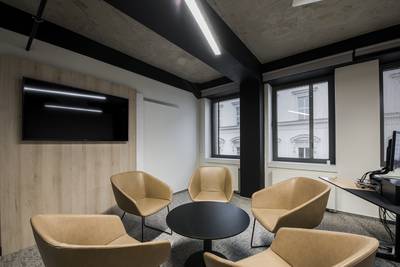 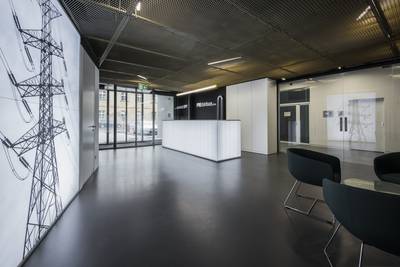 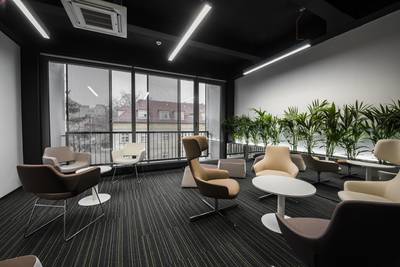 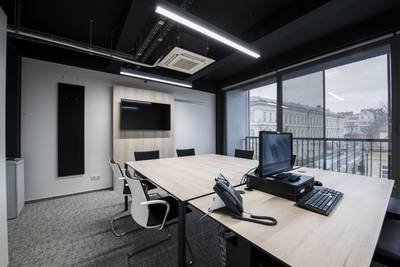 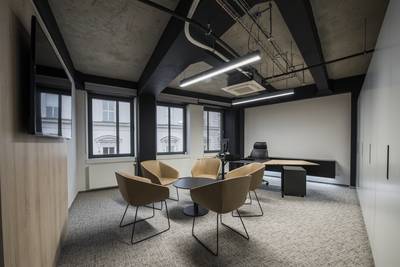 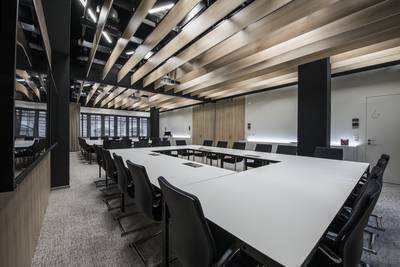 Ahrend Mehes Wing is a luxury desk range designed for management offices. The elegant and timeless design is achieved by making use of a 12-mm thin 'floating' worktop carried by thin I-shaped legs, connected by an aluminium worktop rail with a worktop support. Mehes epitomises quality in all respects. A maximum effect is created using a minimum number of parts. Both subtle and rich. 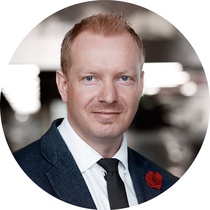 It is excellent when a client gives you their confidence so that you are not just selling to your customer, but also purchasing on their behalf. When you combine a desire for change, determination, experience, a sense for design and an overview of the industry, a project will always turn out well. Here this was all amplified and the result is a perfect working environment.